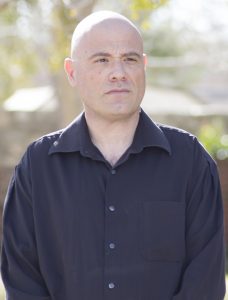 Claudio Lai was born in Rome, Italy and migrated to Sydney, Australia at a young age. He graduated in 1988 from Newington College in Sydney. In 1989, Claudio worked in the News Department for the Australian Broadcasting Corporation (ABC-Channel 2) as well as on various independent documentary projects. In 1991 Claudio moved to the U.S. and attended the University of Southern California’s Film School. Over the next few years, Claudio produced and directed numerous documentary projects for (PBS.) In 1999 Claudio directed a Television Series for PBS starring Jane Seymour called “Healthy Living.” In the next few years, Claudio was president and CEO of Vertutech, Inc. a technology development company which specialized in creating automated content management systems (CMS) for websites.

Some of Claudio’s most recent clients include NASA (The Singularity University) and a Hong Kong based Virtual and Augmented reality educational company. Claudio is currently working on educational VR/AR projects which allow viewers to be scored inside VR/AR lesson plans – based on where they look at points of interest in 360 videos.

Recently, Claudio has produced numerous videos for Borderplex in El Paso, Texas. He has created a groundbreaking film in virtual reality called “The Wall VR” which was shown on PBS. This film has been shown and won multiple awards around the world including: Canada, United States, Spain, United Kingdom and the Netherlands.